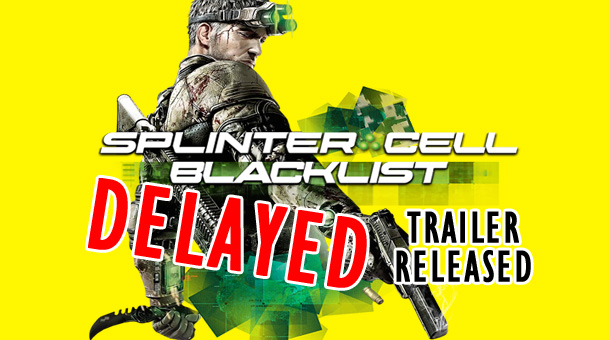 The upcoming game, Splinter Cell: Blacklist, is being delayed until August… Months after the expected “Spring 2013” launch. As a consolation prize and pacifier, Ubisoft accompanies the bad news with a new trailer below.

Synopsis: The game features main character Sam Fischer at the Iran/Iraq border, brutalizing terrorists in an effort to gain information about a mysterious blacklist — a series of terrorist attacks against U.S. interests — and prevent the next attack.

This game is obviously geared toward milking the ever popular “United States vs. Terror” theme. Stallone stayed away from this idea in his last Rambo flick, and Black Ops 2 didn’t touch it either… and by “touch it” I don’t mean US vs. Terror in general, I mean US vs. Terror of the current year using current situations, and about current events.