What If Master Chief Is Black? 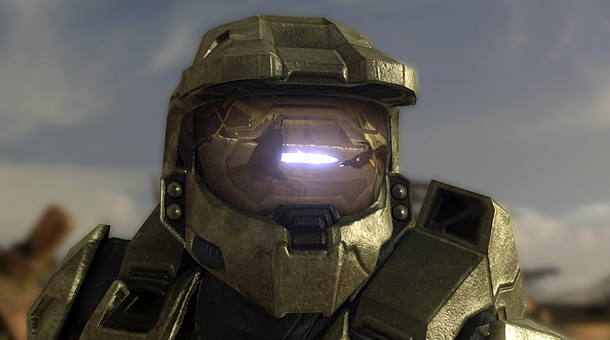 The whole ship is collapsing and Master Chief is napping on the job… Not saying that’s what a black man does, but he was awfully calm when he woke up to find his ship in ruins. He quickly picks up his digital girlfriend and rolls out like a boss. Cocks his gun (no pun intended) one time to let you know it just got real. True Story.

Just got back from the video store (Yeah, I know right… who still uses them? LOL). A long time acquaintance (who works there) and I was talking shop, we got into a conversation about black protagonists in recent video games.

After acknowledging our favorites in recent times…

(In my opinion) These 3 men are the most interesting and satisfying to see portrayed as protagonist in major game titles.

…he asked “What if Master Chief is a black man?” (I’m stunned so I paused) What an intriguing idea I thought. No one expects him to be a black, including me.

Before I go on… Let me say this, I love and appreciate Halo and I absolutely respect gamers who make it look so easy; because I suck more than a goldfish at Halo. That’s why I say…

The simple thought of Master Chief being a black  made me say “I might actually consider trying harder to play Halo” LOL. Why? Because I’m a campaign guy and therefore I play to learn all I can about how the protagonist is portrayed. For instance… Is he mean, does he have heart, can you trust him, is he tough, does he have family, how does his family feel about him, does he have kids, etc.?

It’s not often that you’ll see a black protagonist in a major game title but when it happens, the game seems to have an extra flair because of a shift to the unexpected, accompanied with the anticipation of the unknown (like what I mentioned a second ago).

Entertainment Publishers are undoubtedly taking a chance when going with an non-caucasian protagonist; no matter the race or genre. It’s probably because opinions are fickle and change with the wind. Fortunately, the gaming community is a more liberal and have embraced black protagonists as you’ve seen in recent times.

That being said, back to the question…

“What if Master Chief was a black man?”. The answer is… We don’t know, but we do know it would be 2 enormous reveals:

The day this happens I think the internet will break… for at least a day. What do you think?