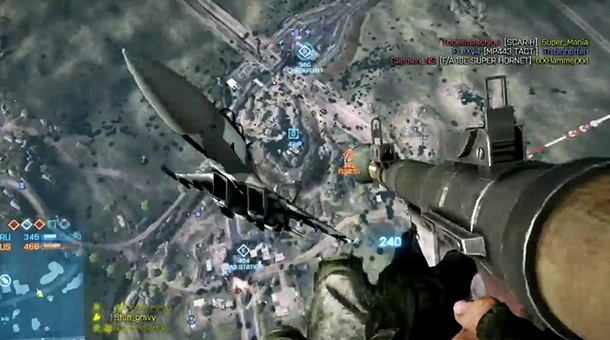 This video popped up on the web a couple days ago as the most outrageous kill to ever happen in any first person shooter… ever! Yes, better than a random knife kill from the opposite side of a map, or a blind-hip-fire-sniper-kill using a handgun… topping anything you’ve ever seen in Call of Duty! Enjoy…

Not even James Bond in GoldEye’s ‘opening escape scene’ could do that! GoldenEye escape scene video starts at 1:20 for your convenience.

For a Grand Total of 40 secs… which happens to be is a TOTAL LIE. Battlefield 3 being faced with a similar situation doesn’t even attempt to fool you. Here is my list of blunders:

Battlefield 3 touting itself as the most realistic FPS today makes no apologies for unannounced anomalies that gamers adapt to their advantage. After all, Call of Duty has been famous for it since the dawn of Call of Duty 4: Modern Warfare.