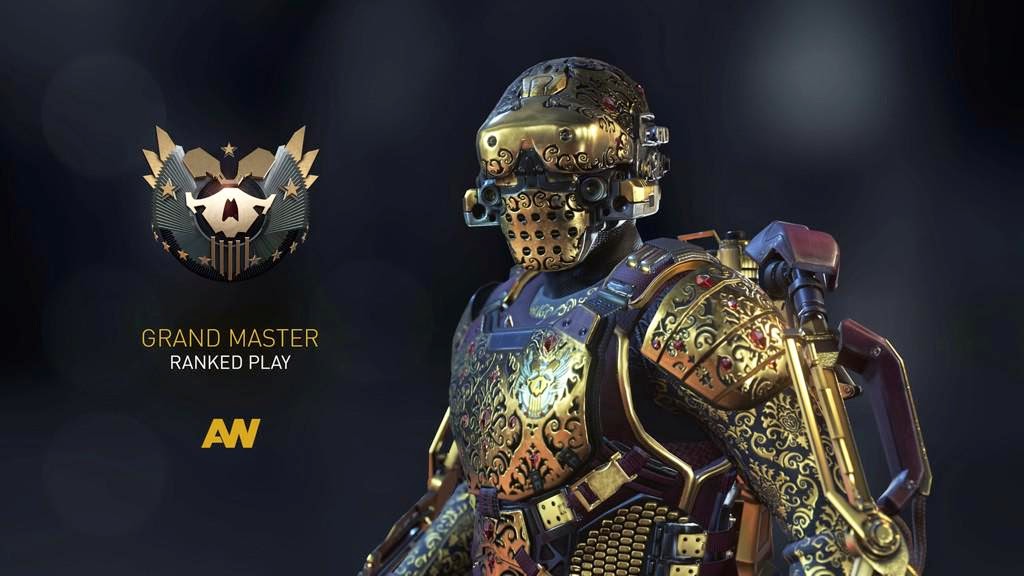 If you live on COD and kick butt like no other, Call of Duty: Advanced Warfare has a special prize for you! Introducing the “Grand Master” suit! . Sledgehammer Games shared the armor to crown the most exceptional players – seen their a tweet below.

Here’s another look at the Grand Master Character Gear set. Awarded to the TOP 100 Ranked Players in #AdvancedWarfare pic.twitter.com/oues6tzTKN

The armor is named “Grand Master Character Gear”. To attain this pure awesomeness you must be in the top 100 ranked players in Advanced Warfare. Having a gold gun over the years has become “Yesterday’s News” cause literally EVERYONE had one. Gold guns in COD 4 was the defining symbol of an awesome iconic legendary player and it has been watered down to nothing. With this high level requirement for the gold suit… I’m personally glad some prestige has been brought back to gold gear on something cool. MaXfReZa approves this awesomeness.