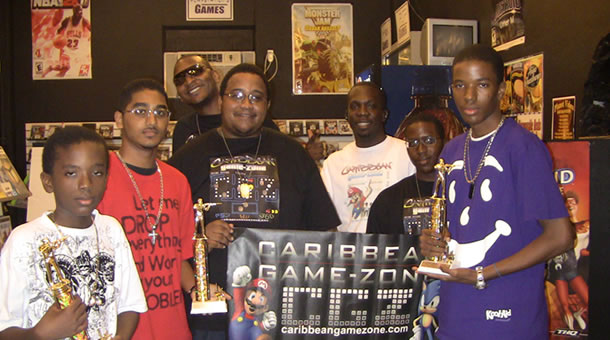 It all began at the age of 13 for me… I think. Graduated from my early grades to brave the new world that was high school. And so it began. My first experience was with the Gameboy, boasting green graphics and black characters, yet there was nothing like it. The teachers would teach but during intervals I’d play. ‘Why am I so hooked to this’, I asked myself hopelessly… knowing I’d have no answers.

Like a building tide that no one could control, my incessant passion for gaming grew stronger. From Gameboy to Game Gear, from Nintendo to Sega Genesis. From Super Nintendo to Atari Jaguar, from Jaguar to PSone, gaming became second nature. I’m a young man now, and have been married to a beautiful woman for the last four years. Oh yes! Lots have changed, but this one thing remains the same. Two things, actually: I’m still an avid gamer, loving anything from platformers to shooters, action-adventure titles to RPG’s, but most uniquely, I’m a Caribbean Gamer. You’d think from my description that I came from a part of the world where gaming is more prevalent, but this assumption is deceiving. Unlike what we’re lead to believe, gaming is not only happening big in Canada, the U.S., Europe and Japan. No way. My friends, just in case you didn’t notice, gaming is huge in the Caribbean.

On every Island there’s a tournament happening at any given time. Go on any console and more than likely, whether you’re knee-deep in Call of Duty or trying to solve mysteries in Assassin’s Creed, you’ll find Caribbean gamers. From Trinidad and Tobago to Jamaica, from Antigua all the way to the Virgin Islands, Caribbean gamers can be found in competitive matches pwning their opponents.

Those from Dominica, St. Kitts, Barbados, Aruba, St. Lucia, Grenada and in every corner of the West Indies and beyond; Caribbean gamers are spread far and wide. In fact, there are thousands upon thousands of Caribbean gamers who live outside the territory, but we all have one thing in common and it’s that ’96 degrees in the shade’ vibe that’s evident only by the bona fide ‘Ya man.’ So then, this is a call to all the Caribbean gamers in various corners of the world, whether you’re lodged in the tropics or brave the cold of Alaska, we’re calling on you to join what we believe will be the greatest Caribbean gaming movement ever forged. We speak the same language, drink coconut water and eat ripe Mangos. We love some well prepared Salt Fish with Breadfruit and play games while eating fried Plantains. No wonder we rule the roost! See, the thing is we’ve been trotting this globe, looking for a place to call our own, and although the available venues are good, nothing, and I repeat, nothing feels better than being home. Welcome to Caribbean Game-Zone.