CGZ Team: Where Are The Updates? 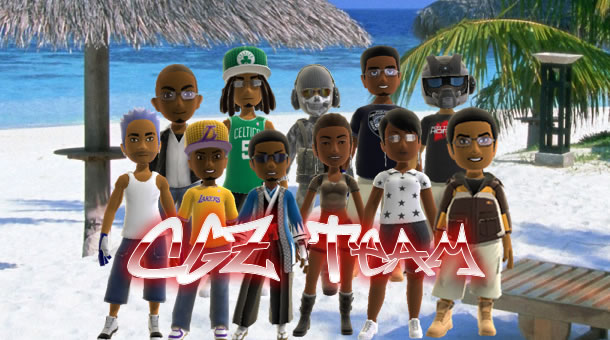 Hi guys, sorry there hasn’t been any posting in recent days, but there’s a very good reason for it. 🙂 There’s a podcast feature that we’re actively working to bring to iTunes as well having it available on our site for direct video and audio access. This process has proved to be a little more than a “torn in the back”, but “alas me matees” we shall be victorious!! “Arrrggg”.

Other CGZ news: A new post author has been added to the CGZ Team, Jabari Lazare (goes by the name: LOWRIDER_340). He’s a PS3 fan through and through, and that’s fine cause Ron is a Nintendo guy, Erickson, Arnold, and I are all around fans even though I lean towards the 360 for personal gaming. He’s still learning ropes, but look out for him cause PS3 guys tend to be overly excited about PS3 than other gamers are about other consoles.

Before I forget: CGZ Team has been kicking butt doing a new tournament basically every weekend for the month of March!! We’re not doing tournaments this April just to make up for this frantic moment. This is tremendous since we never planned to be this active 2 months ago, but its a push to get people qualified for the “2012 VXG Tournament in St. Maarten” (More on this soon). Looking forward to getting back in the groove of things and bring you exciting news about where we’re taking Caribbean Game-Zone and ball busting gaming industry news. We’ll hit you guys back after this short break, see you next week first thing Monday morning!!