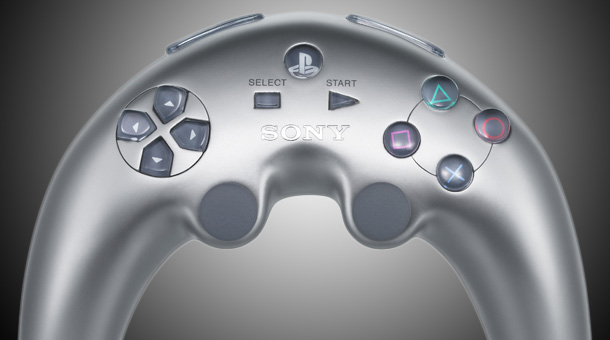 I know the awesomeness of Sony’s Playstation 4, now named “Playstation Orbis”, has been revealed; and slated for a 2013 release. But what I don’t know is… Will Sony revisit the controller they so anxiously abandoned in 2005 amidst viral hatred for the “boomerang design”? Truthfully, I was also one of the millions hating the boomerang controller design seen at E3 2005. LOL.

At the end of the day it didn’t matter because PS3’s ridiculous opening price turned everyone off despite reverting to the PS2 controller design. Given the PS3’s 1-year launch delay behind the XBox 360 and the inexcusable $600 price point,  backing out from the controller battle wasn’t a bad idea.

But this is a new year coming… Time for new things like a NEW Dashboard, Console, and CONTROLLER *hint*. Obviously, the button layout would be the same, but making some changes might be good for the new console. After some thought… BANG!! the BOOMERANG controller! Paint the dang thing BLACK or RED or BLACK and RED, nobody will know the difference 🙂 It will definitely give PS3 owners something to talk about since XBox 360 has been getting countless upgrades to their Dashboard, Console, and Controller designs.

It’s time for Sony to show some love to their fans with a new looking controller. Just remember Sony, Nintendo was damn near booed out the building when they 1st revealed the Wii’s Motion Controller. Judging from the look alone people were freaked out about it, but time has proved Nintendo made an awesome bet on innovation.

2005 was also the year of the SIXAXIS Motion Controller technology. It’s for people who love to lean their controller while driving or when button smashing LOL. Too bad the new-tech “SIXAXIS” didn’t come out with a matching new-tech controller design. People don’t like change, but give them a chance to see it in action and you might be surprised how they’ll come to love it.

So the question stands…