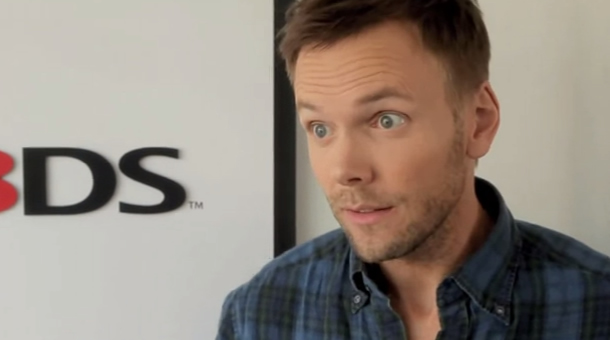 And by “Tries”, I mean that in an overstatement kind of way. Call me a pessimist, but I don’t think this commercial quite hit the mark of being a viral video. Just a few objections… 1) The video was way too long. 2) Took for ever to get to the point 3) Preferred Joel as a self-absorbed celebrity (trying not to sell out).  4) At the end it just seemed lame cause he came out of character to sell Nintendo as someone making a commercial.

It should have ended with him trying to stop everyone from concluding with a commercial-like finish; then Mario and Luigi punches him before running off. The ending clip should be with him nursing his bloody nose and telling the camera man “I said turn that camera off!” and vowing revenge.

In conclusion… It started off funny, but crash landed after Joel hit the guy with a shot to the balls. I’m not a film director by any stretch of the word, but I know “funny” and that Viral Ad in its entirety wasn’t funny. Sorry Joel, I think you’re a funny guy and you’re a well like celebrity, so this isn’t a critique of your talent. PS3’s videos with Kevin Butler tickles my eyes and ears far more: