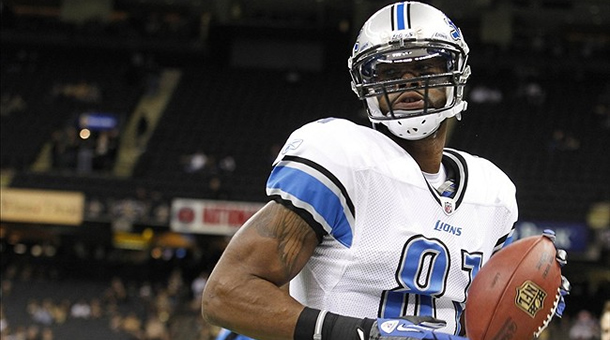 After a massive fan vote it has been announced that Calvin Johnson will be on the cover of Madden NFL 13 – but is this a good thing or a bad thing? For those who have no idea what I am talking about, here’s a short history. The “Madden Curse” as it has come to be known began way back in 1999 when Garrison Hearst became the first player to ever be featured on the cover of a Madden game – prior to that it had been John Madden himself on the cover. Following his appearance on the cover, Heart suffered a broken ankle which kept him out for two seasons and he was never the same again.

Since then, several players have succumbed to the Madden Curse of either getting injured the year they were featured on the cover or seeing their career divebomb thereafter. Of those featured, only Larry Fitzgerald (2010) and Drew Brees (2011) have yet to be afflicted with the curse although there is debate about both as Fitzgerald dealt with several minor injuries that season but had good numbers and Brees is now a possible contract holdout and his team has collapsed around him due to the bounty scandal among other things.

For the record, Calvin Johnson is confident he will not be affected by the Madden Curse:

“I’m not a big guy for curses. I don’t even think about it.”

Do you believe in the “Madden Curse?”