Warning: Spoilers below. This is the point of no-return. Reading past this point will reveal information vital to the plot of Mass Effect 3

1. Mass Effect 3 will have fewer party characters than Mass Effect 2 Don’t expect to have nearly as many characters in Mass Effect 3 as you did in ME2. ME2‘s large crew—12 playable characters—was necessary for the game’s posse-building storyline, but was a little large for BioWare’s taste.

“Twelve was a big number in Mass Effect 2 – almost too big”, says Hudson. “We’re focused on a smaller squad with deeper relationships and more interesting interplay in Mass Effect 3’ he explains. “We’re not going to have twelve again but we are going to do more with the characters on your squad including Liara, and Kaidan or Ashley. And we’re bringing everyone back – every main character is in Mass Effect 3 somewhere.”

So yes, it is very possible that you might not get to control your favorite ME2 character. That said, every character from the game has a role to play in the story, provided they survived your trip through the Omega-4 relay.

2. You will travel to new worlds. This one’s kind of a no-brainer. Many of the planets you’ll visit in ME3 are places you’ve only heard about in previous games. Hudson mentions that you’ll see Palaven (the Turian homeworld) and Rannoch (the Quarian homeworld) in the game. It’s also confirmed that you will return to Krogan homeworld Tunchaka.

As you might have already guessed, Shepard will also be going to Earth in this game. Hudson said that players will get to see “a Seattle/Vancouver megacity” both before and after the Reapers destroy it. Connecting the world of Mass Effect to our own, the city is designed to look just like Vancouver. “If you Google Map Vancouver the layout is pretty much the exact same as our map,” according to level artist Don Arceta.

3. Those worlds are going to be big. Reapers are big. In order to have accommodate fights with them, or even having them nearby means designing levels much larger than the usual spaceship corridors that make up a large portion of Mass Effect‘s locales. Many of levels will include more open spaces. BioWare plans to make the shift in a way a dramatic way, claiming that some levels that are not only larger than anything ever seen in a Mass Effect game, but larger than any game built with the Unreal Engine.

Think of it this way. At least one level has to be big enough for Shepard to fight using a 50-foot tall Cerberus mech.

4. In combat, you’ll need to think on your feet The gunplay in Mass Effect 2 is mostly standard cover-based shooter fare. It was often OK to hide behind cover, picking off enemies at the back of a room while directing your teammates. The ME3 team plans to change that. They want you to be forced to scramble. To do that, BioWare is putting enemy tactics at the forefront. Different types of enemies will not only have varying abilities, they’ll use those skills in tandem against you. “Some will provide covering fire for snipers, some will deploy smoke to hide advancing comrades, others will coordinate subordinate units, and one will stomp around consuming its fallen friends to fuel itself,” according to the feature.

5. Weapons are going to be much more customizable and detailed In keeping up with their pledge to create a “deeper RPG experience” this time around, you’ll be able to fine-tune your weapons in Mass Effect 3 much more than the last two games. “Every weapon is modular and can be customised with up to five modifications; scopes increase a rifle’s zoom factor, new barrels increase accuracy or damage,” Says Hudson. “Sling your gun on a workbench and it can be customised for a job at hand.” Based on that last part, it sounds like it may be important to not only upgrade your weapons, but adjust them to suit different situations.

Hudson also mentioned that the team has been mixing it up with members of the DICE team, getting advice on how to make the guns sound realistic in varying environments.

Now that you’ve read all that, you’re probably not happy that you’ll have to wait until 2012 to finally get your hands on it. 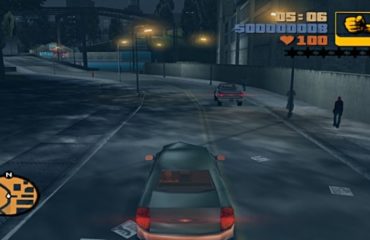 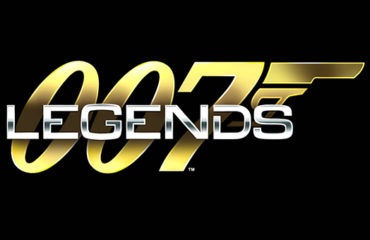