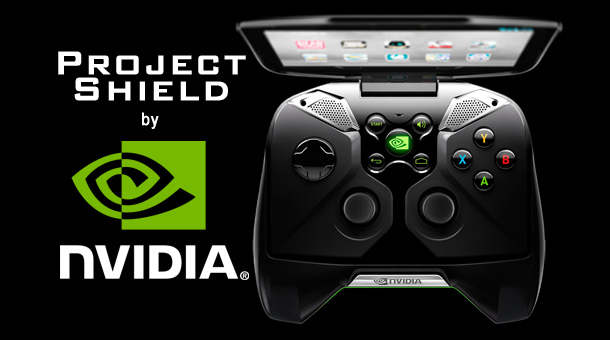 The overall look of it resembles an XBox controller, but with joysticks positioned similarly to a Playstation controller. It runs fully on Google Android OS and has the Google App store to its disposal for a library of gaming choices. It will be able to output video via HDMI; which will also double as a multi-perspective screen option for certain games… can someone say “Wii U”?

Project Shield is merely “proof of concept” for the time being, but is being received well at CES 2013. So expect a price point and launch date in the near future.  I’m personally looking forward to holding a “real controller” for mobile gaming, cheers to Nvidia for beating everyone (i.e. Apple, Steam, Google, Valve, OUYA, and XBox) to the punch; in the mobile handheld platform arena.