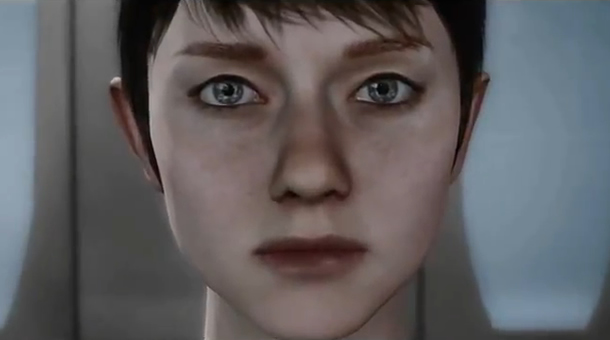 The footage you are going to see was created by Heavy Rain developer Quantic Dream. It’s not a pre-rendered cutscene but made entirely in real time. CEO and founder David Cage showcased the studio’s new tech at GDC on the PlayStation 3.

Kara Demo was created by the the studio’s new engine and according to Eurogamer:

Kara‘s not just the product of new tech and a better understanding of the PlayStation 3′s architecture – she’s also the result of a new approach to motion capture at Quantic Dreams, and an investment in the more sophisticated techniques that have become the norm in Hollywood’s CG industry as the studio moves across to using full-performance capture.

David Cage had this to say about Kara and what they are trying to accomplish,

What we call full-performance capture is shooting the body, the voice and face at the same time. Most studios right now in the game industry use what we call split performance, which means you shoot the face and voice on one side and then you use the body, and not in one take

It works okay – there have been some great games made using this process, and Heavy Rain was done this way. But we felt that if we wanted more emotion, and more performance from the actor we needed to have everything from the same take, and we needed to shoot everything at the same time.

So we invested a lot in our motion capture studio. Heavy Rain was shot with 28 cameras, and we’ve upgraded the studio to 65 cameras. Now we can shoot several actors – their body and their face – at the same time. It’s not a small change, but at the same time this is how Avatar and Tintin were shot, and it’s how the CG industry works because they know how much you gain from shooting face, voice and body at the same time.

Kara voice performed by Valorie Curry. Watch the clip, and tell us what you think: