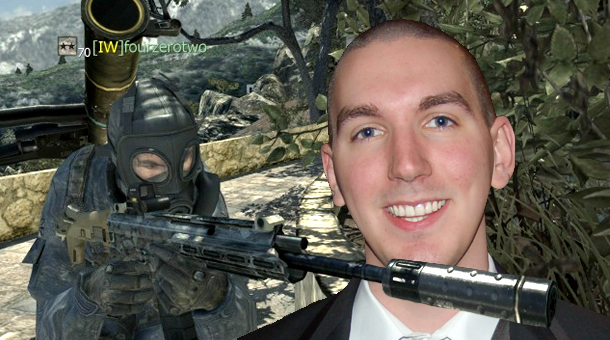 In a tweet by Robert Bowling, he announced that he is no longer the lead of Infinity Ward, or an employee of Activision.

@fourzerotwo: Today, I resign from my position as Creative Strategist of Call of Duty, as a lead of Infinity Ward, and as an employee of Activision.

Activision’s official statement on the matter:

“We sincerely thank Robert for his many years of service. He’s been a trusted and valued member of the Infinity Ward team. We wish him all the best on his decision to pursue future opportunities.”

Other than the next game cover of Call Of Duty, Robert is the face of Infinity Ward’s Modern Warfare, he’s been the closest with the fan base. Which ultimately made him a target for fan-fueled game criticisms.

You can look at the situation sideways if you like, but he’s still gone. But there are some (like William Usher) at Gaming Blend that believes Robert was getting his “walking papers” for his negative verbal stance on DLC Recycled Content and his non-financial-driven passion for the gaming community.

Well its far from the end for Mr. Bowling so give him some words of encouragement or pick his mouth about his next project on twitter @fourzerotwo or his blog at www.fourzerotwo.com