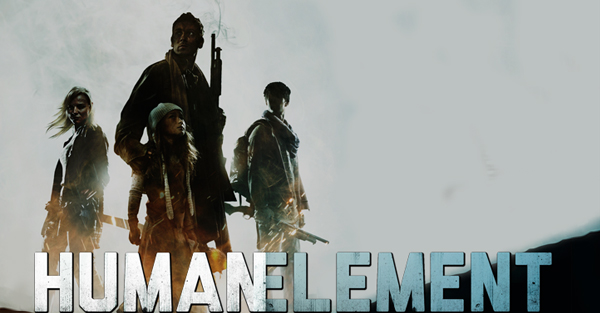 Crytek today announced a CRYENGINE licensing deal with independent game studio, Robotoki, who will use the state-of-the-art development tool to create a new game for PC and consoles.

Based in Los Angeles, Robotoki was founded by Robert Bowling, the former lead of Infinity Ward and Creative Strategist of the Call of Duty franchise. The studio is working on the innovative open-world survival game “Human Element”, which challenges players to rebuild society in the aftermath 35 years after a zombie apocalypse and adapt as the world evolves based on their actions.

“The ambitious narrative and gameplay of Human Element required an innovative set of features in order to achieve our vision.” remarked Bowling, Robotoki’s President and Creative Director. “CRYENGINE is the perfect fit for us because it delivers so many powerful features straight out of the box such as the physical based shading system and the infinite terrain from segmented worlds to create a massive open world experience but still allow the visual fidelity and detail our players expect from a first person experience from our team.”

Carl Jones, Business Development Director at Crytek, welcomed the partnership: “The team at Robotoki have earned countless plaudits in the games industry, and their talent is obvious from the amazing work we’ve seen them producing with CRYENGINE already. We look forward to offering them the same high level of support we promise to all CRYENGINE licensees as they work to turn their ideas into a reality.”

Human Element is scheduled for release in late 2015. For more information on the game and Robotoki, visit www.robotoki.com.

Robotoki is an independent game studio in Los Angeles, California founded by Robert Bowling, former lead of Infinity Ward and Creative Strategist of the Call of Duty franchise. We are focused on our team first and everything else second. We believe in a studio culture that places emphasis on talent, creative freedom and encouragement to express work in a way that is emotionally rewarding. Cultivating a happier, healthier, and more invested team.

Crytek GmbH (“Crytek”) is an independent company at the forefront of the interactive entertainment industry, and is dedicated to pushing the boundaries of gaming by creating standout experiences for PC, Xbox One, PlayStation®4, Wii UTM, Xbox 360, PlayStation®3, iOS and Android using their cutting-edge 3D-Game-Technology, CRYENGINE®.

Since its foundation in 1999, Crytek has consistently been recognized for excellence in its field, earning accolades such as the 2011 Develop Award for Best Independent Studio, and two Red Dot Design Awards (in 2010 and 2013). Its multi-award winning games include Far Cry®, Crysis® (awarded best PC Game of E3 2007 and Best Technology at the 2008 Game Developers Choice Awards), Crysis Warhead® (awarded Best Graphics Technology at IGN Best of 2008 Awards), Crysis® 2 (awarded Best Shooter of E3 2010 and Gamescom 2010), Crysis® 3, Ryse: Son of Rome and Warface (awarded Best Social/Casual/Online Game of Gamescom 2012). For more information, please visit www.crytek.com.

The HUMAN ELEMENT universe takes place 35 years after a zombie apocalypse. Society has begun the slow rebuilding of civilization and the true threat that remains is the unpredictable nature of other survivors.

Choose your role in the rebuilding of society. As a protector. As a scavenger. As a threat.

Whether you choose to survive alone, survive with a partner, or survive with a young child, the world responds to your choices, actions, and individual personality of survival in this open world, scenario driven experience that spans PC and consoles.