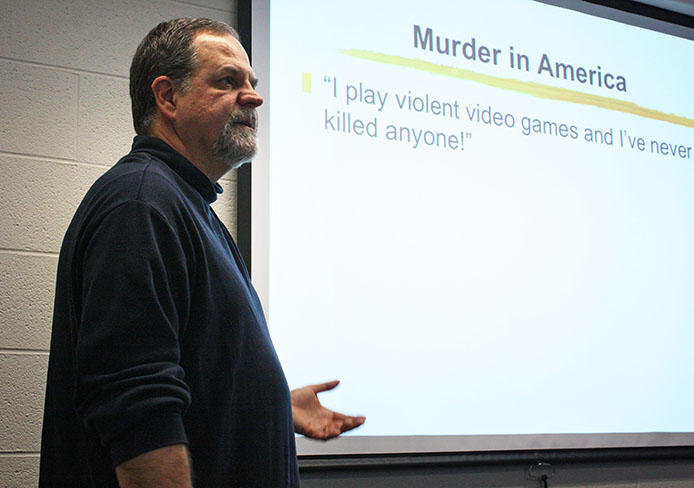 Study Claims Video Games Make You Racist – Just like TRUMP Wigs Makes You Rich smh. An Ohio State University professor, Brad Busman, tries to convince game fans everywhere that some how gaming makes you racist. If you’ve played video games long enough, you’ve probably heard your share of racist comments spewed over multiplayer chat lines. If that makes a gamer racist, that would mean all gamers are racist by now. Keep reading for the full story…

We’ve talked about Brad Bushman on here before, politely questioning his work in video games. Especially since he claimed that playing twenty minutes of video games a day for three days made you more violent, and claimed video games were like cigarettes. Well, he’s back, as part of an academic team, and this time he’s claiming that video games make you racist, if they star a Black person!

If you want to know just how disingenuous this study happens to be, read the opening abstract:

The media often link Black characters and violence. This is especially true in video games, in which Black male characters are virtually always violent. This research tested the effects of playing a violent game as a Black (vs. White) avatar on racial stereotypes and aggression.

The first sentence is perhaps reasonable, although there’s a lot of cultural attitudes and problems there to examine that the study just completely glosses over, which is important for reasons we’ll get to. The second sentence, though, is really something special.

What Black characters? The lack of diversity in video games is an ongoing problem, to the point where a major talk at GDC from Maneer Heir touched on how the video game industry has made zero progress on this issue. You mostly find Black characters in games full of stereotypes or games where the setting is so utterly scrubbed of politics it doesn’t matter what you look like in them in the first place, with a handful of exceptions.

This ties back to the first point: There isn’t a lot of diversity in video game companies. There’s some, but largely what you’ve got is a white person’s perspective on culture and race in a video game. That’s neither a good thing nor a bad thing in of itself; a lot depends on how self-aware the development team is and whether they’re willing to tackle these issues in a smart way. Many times, the answer to that is unfortunately “not very” and “no.”

And if that was what Bushman was saying, we’d be on board. Instead, the team he was a part of came to this conclusion:

Black violent video game avatars not only make players more aggressive than do White avatars, they also reinforce stereotypes that Blacks are violent.

Left out of that statement is player agency. That’s the thing: If the player was choosing to play a Black character more violently, it may be reinforcing the stereotype, but that player already walked in believing that Black people were more violent. The problem is not the video game, the problem is that the white guy playing the game could stand to get to know a few non-white people.

In other words, this study suffers from the problem that all video game studies suffer from: A failure to take into account the past and beliefs of the subjects. But, hey, nobody puts you on Fox News for saying “Maybe we should address the deep-seated cultural problems surrounding race in America reflected in our entertainment, instead of blaming our entertainment,” right?