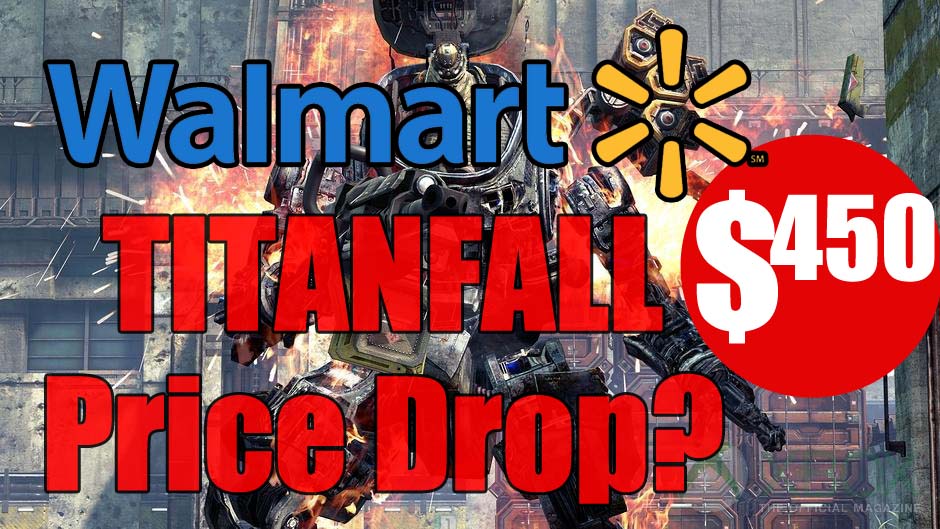 With Walmart dropping the price on the Xbox One Titanfall bundle by $50 to $450, it could give the Microsoft game console the extra push it needs to blow the PS4 out of the water.

The new price point makes the Xbox bundle at Walmart.com very competitive from a price perspective with the PS4, which sells for $399. Normally, an Xbox sells for $499 and Titanfall goes for $59 so that is a $110 savings. This could go a long way toward enticing gamers who have been sitting on the fence over whether to jump onto the Xbox One bandwagon.

Several factors could have played into Walmart’s move. No sales numbers for the game have been released, but sales may not be going quite that strong. This is not the case in the UK where the bundle sale has been credited with a huge increase in Xbox One sales. One research company credited the game with boosting Xbox One sales 96 percent. Of these purchases, 70 percent took place through the TitanFall/Xbox One bundle that was offered.

On the other hand the retailer may simply be taking advantage of the news that Electronic Arts announced late last week that the Xbox 360 version release is being delayed until April 8.

For its part Microsoft says it is happy with Xbox One sales.

“Things are going great. It’s the fastest, most successful launch in our history. Titanfall is blowing the doors off, literally and figuratively. Great engagement, just fantastic proof of users not only buying Xbox One, but using it in a very engaged way. More than five hours average use per day, which is amazing,” Microsoft corporate vice president Phil Harrison told VentureBeat this week.

Sony is still having supply issues with the PS4, which could give Microsoft the breathing room it needs to catch up on shipments. The most recent sales figures for the two consoles has Sony selling 6 million units as of early March. In January Microsoft said it had sold 3 million consoles in 2013, the device launched in November.

“We’re struggling to keep up with demand,” which has been highest in the U.S. and Europe. Conservatively, as we get into the early summer months, we’ll be closer to a full supply situation,” said Andrew House, head of Sony’s PlayStation division.