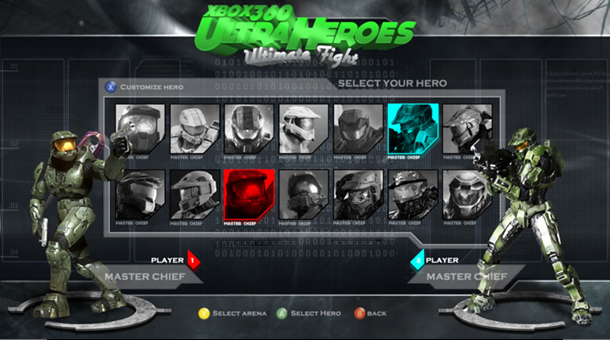 Mario, still drunk and stumbling from his recent hiatus after the release of Playstation All-Stars Battle Royal said “And you’ll never believe it!! XBox 360 is about rip off Smash Bros. too! And something about Master Chief being a fake Fox McCloud (StarFox). True Story.

XBox 360’s answer to Playstation All-Stars Battle Royal & Nintendo’s Super Smash Bros. Brawl is: XBox 360 Ultra Heroes: Ultimate Fight! There I said it. This is pure rumor talk in the forums, but it’s not a crazy idea. In fact, it’s exactly what the guys and gals at Microsoft should be cooking up as you read this. Master Chief obviously deserves as spot on the roster. Who else would you put on the ticket? The Chief (no pun intended) problem with this narrative is XBox 360 weak stable of exclusive titles. Although, recently Microsoft has been pushing harder than ever this year for exclusive titles. Maybe that’s an indicator that gives XBox 360 Ultra Heroes: Ultimate Fight some probability-meat that we can chew on.

Who are the 14 Characters/Games you would want represented in an exclusive XBox 360 platform-fighting title? Here are a few to kick things off…