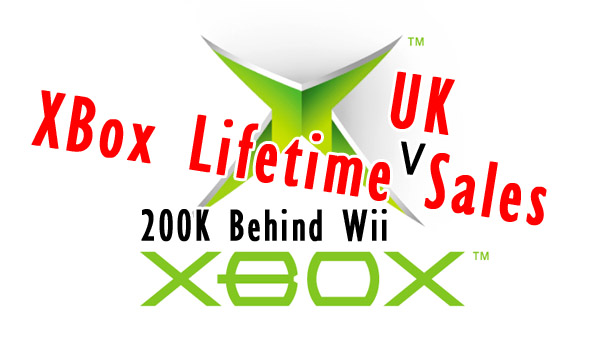 When the console wars began with the début of Playstation 3, XBox 360, and the Wii, Wii became the unexpected champion for about 4 straight years. Wii’s sales trumped the Playstation and XBox like Donkey Kong vs. Bananas. Nintendo was facing a “do or die” season and they delivered in ways that I’m sure exceeded their personal expectations. A true success story. With the current game console generation winding down, XBox has something to brag about. Over the entire lifetime of sales in the UK, XBox is finally within striking distance. Microsoft has out done themselves by putting the XBox within 200,000 “consoles sold” in the UK, right behind the Nintendo Wii. Will they surpass the Wii’s 200,000 lead before the next XBox is revealed? I’d say “yes” without hesitation. Wii sales have dwindled for some time and the XBox 360 has been find more and more ways to entice buyers to buy into their console; and it’s working. Should Nintendo worry about the next generation? Well, they have a head start, but so far they haven’t made much headway with it. Playstation has yet to show their hand so, yes, they should worry. Thumbs up to XBox for catching up before the fat lady started singing… that’s a “small” thing, but it’s a “big” victory.