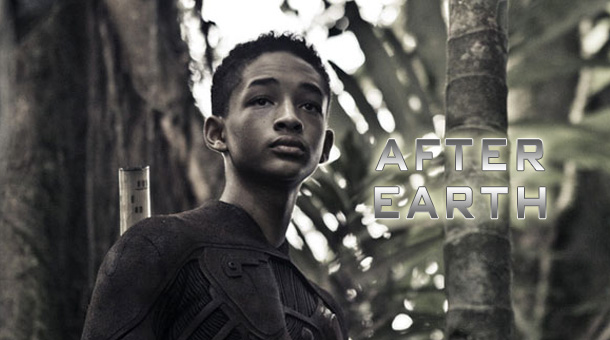 The Smith’s have had their share of success… And the upcoming After Earth movie (starring Jaden and Will Smith) is no exception! From the onset of this trailer it’s obvious that this will be an epic film. Jaden Smith has grown so much as an actor and why should anyone be surprised, he’s got the pedigree of  a champion and film-hardened parents in his corner. Jaden plays a kid named Kitai Raige who crash lands on Earth with his estranged dad named Cypher Raige (Will Smith). Will is injured in the crash and sends Jaden to seek help, but warns him of the dangers ahead as well as give him a “man-up” speech to conquer his fears. The movie is set 1000 years in the future, and man does it look like an amazing ride!

Official Synopsis: A crash landing leaves teenager Kitai Raige (Jaden Smith) and his legendary father Cypher (Will Smith) stranded on Earth, 1,000 years aftercataclysmic events forced humanity’s escape. With Cypher critically injured, Kitai must embark on a perilous journey to signal for help, facing uncharted terrain, evolved animal species that now rule the planet, and an unstoppable alien creature that escaped during the crash. Father and son must learn to work together and trust one another if they want any chance of returning home.