Miss JA Kaci Fennell could be the next Bond Girl

Firstly, I’m a huge 007 James Bond fan! No other collection of movies get me more hyped than James Bond. James Bond is an icon for “sophisticated cool”. He has smarts, muscle, gadgets and always gets the girl… what’s not to like? He has a bit of a commitment complex (to put it lightly) but that never stops the next vixen or damsel from taking him on. Why? The reason is similar to the “philosophy of Batman”… The reason is because he’s “Bond, James Bond”. International man of mystery in the spy game.

Now that I’ve set the stage for you, the only thing that’s matched with the awesomeness of James Bond and his toys is the epicness of the Bond Girl. Sadly the history of the protagonist (good girl role) Bond Girl has mostly been identified with a damsel in distress – While antagonist (bad girl role) Bond Girl’s are consistently capable of doing major damage against the good guys. Thankfully, modern times have caught up with many recent iterations of the protagonist Bond Girl, who are more of a heroine who can kick butt. Here are a few notable Bond Girls who handled themselves ‘like a boss’: 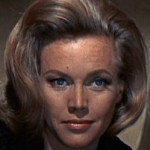 The evocatively named Pussy Galore was an original Ian Fleming character from the novel. Ms. Galore ran a flying circus of female pilots, who were hired by Auric Goldfinger to fly over Fort Knox and gas the soldiers, so that Goldfinger could break in to the gold vault. 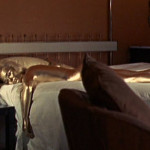 Jill Masterson was the scantly dressed girl who used binoculars and an ear piece to help Auric Goldfinger cheat at cards. Bond caught her at the game, and together they blackmailed Goldfinger into losing his money. After enjoying a few bottles of Dom Perignon with Bond, Masterson was killed by Goldfinger’s henchman Oddjob, in revenge for her betrayal. Bond awoke to find her covered from head to toe in gold paint. 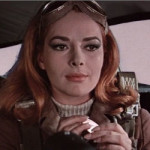 Helga Brandt was a SPECTRE henchwoman who pretended to fall in love with Bond and switch to his side, only to try and kill him the next morning. For failing to kill Bond, Brandt is killed by head of SPECTRE Blofeld, who drops her into a pool of piranha fish. Helga Brandt was very similar to prior Bond girl Fiona Volpe, as the producers tried to replicate their prior success. 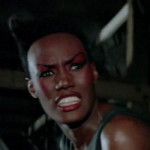 May Day was the girlfriend of Max Zorin, and also worked for him as an assassin.May Day killed Bond’s chauffeur, and tried to kill Bond on several occasions. Much later in the film, May Day realized that she had been double crossed by Zorin, who had left her to die in an explosion that would cause a flood in silicon valley. May Day joined teams with Bond to remove the bomb, and in doing so, met her death. 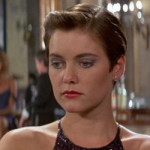 Pam Bouvier was a CIA freelancer pilot, and an informant against drug baron Franz Sanchez. Bond found her name on an informant list along with the time and place of her next meeting. He met her at a bar and escaped with her after Sanchez’s henchman Dario showed up. Pam then flew Bond to Isthmus City to find Sanchez, and became his executive secretary as a cover. 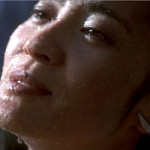 Wai Lin was a Red Chinese agent, and had the same mission as Bond to investigate media magnate Elliot Carver. Carver had been suspected of causing tragic events so that he could get exclusive coverage on them and increase his ratings. Wai Lin was intelligent and worked more cleverly than Bond on several occasions. Eventually they teamed up together and stormed Carver’s stealth ship. 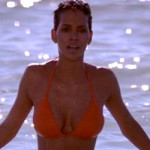 Since Die Another Day was the 20th Bond film, and marked the 40th anniversary of the series, Jinx was introduced in the style of Honey Ryder, rising out of the sea in a bikini, with a hunting knife attached to her side. Jinx worked for the NSA and was assigned to kill Zao. 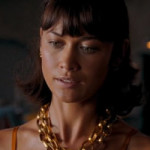 Camille Montes was a Bolivian agent who’s family was murdered by General Medrano. She slept with Medrano’s business acquaintance Dominic Greene to try and get close enough to Medrano to enact revenge. The plan failed and she was almost killed, so Camille teamed up with Bond to kill Medrano and Greene.

#2 (Jill Masterson) didn’t put up much of a fight, but her golden body paint caused more buzz for this film than James Bond and Goldfinger combined – an epic moment in James Bond cinema.

Keep in mind that there are more than one Bond Girl in a single James Bond film, some are supporting characters who often die before the movie ends and others are co-stars like in the case of Halle Berry’s Bond Girl, Jinx, in “Die Another Day”.

What does this all have to do with the lovely Kaci Fennell? Everything. Kaci Fennel is the same Miss Jamaica from last nights “Miss Universe Pageant 2015”. Call me biased for the Caribbean, but I think she was an incredible representative. Truth be told, some times I look around asking “Why did they send xyz to the Miss Universe Pageant?”, don’t laugh at me because you do it too. Kaci Fennell is far from being questioned about her legitimacy in this years’ Miss Universe Pageant. Talk about presentation, physique, smarts, beauty and presence, just incredible… oh, she can cook too.  I’m confident that no one else in the pageant matched Kaci’s timeless beauty. That’s why I’d like to personally nominate her as the next Bond Girl.

Am I the only one who thinks she could be a Bond Girl? Have you seen her? OMG! She’s smoking. That’s why I took the liberty of making an ‘untitled’ 007 James Bond poster mockup just to get your creative juices flowing. Maybe someone with 007 pull will see this blog post and seriously consider Kaci Fennell. Seriously, if Kaci Fennell isn’t Bond Girl worthy, who is? 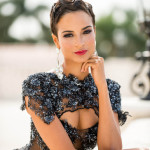 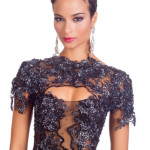 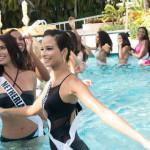 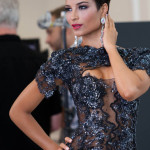 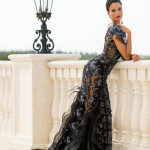 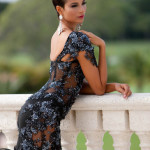 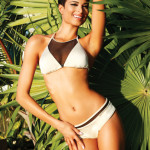 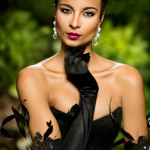