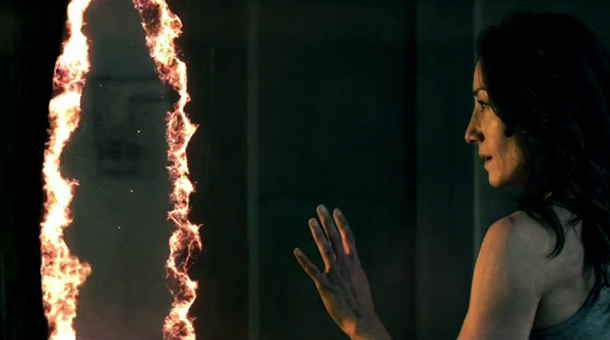 An unnamed woman wakes up in a prison institution-like place for unknown reasons, and she finds a strange technology to make her escape. Her surroundings can only be described as an observation room for crazy people except there’s no pillowed walls. She quickly goes into a military mode of working out and preparing for battle. Food is slid under a temporary opening and quickly closes back to an air tight prison of four walls. A discovery is made, duh… a Portal Gun! “Who left this for me?” Time for an escape right? Right!

This video was said to have broken the internet when it first hit the web because it’s based on the critically acclaimed Portal game developed by Valve. Portal 2 has since been released and has become more popular than the original. It’s so awesome that its better to be sure than sorry that you hadn’t seen it. See what happens below, you’ll be blown away!