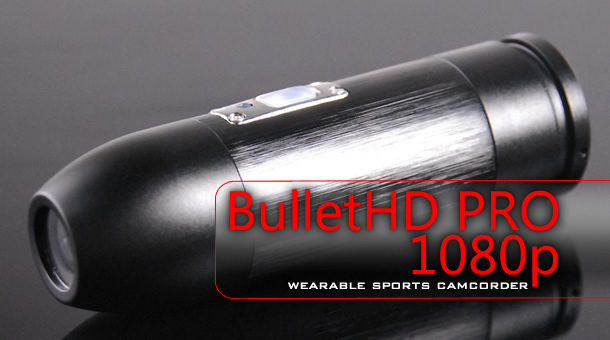 Check out the BulletHD Pro Wearable Sports Camcorder!! Yes, its shaped like a bullet and it shoots (no pun intended) 1080p High Def video!! You might remember a previous post I made about the GoPro HD Hero 2 where I praised that camera for its awesome ability to be put in all kinds of risky situations (for a normal camera) and pull it off without breaking a sweat. The BulletHD PRO is no exception.

A nice gentleman made a video on Youtube to illustrate the difference between GoPro’s cam and the BulletHD. The video was made long before both the GoPro HD Hero 2 and the BulletHD PRO 1080p was around, but his critique of the devices still hold water since the body of the devices haven’t made any noticeable changes. Here it is…

Here is my “Personal Opinion” with ever using either cameras…

Last thoughts: Advice for BulletHD… Get your game up on the “Video Editing” cause GoPro is kicking your butt in that department. Don’t believe me? Look at 2 videos showing you G0Pro, then BulletHD below it. Even though I would prefer to walk about with the BulletHD, the GoPro video makes me wonder why I care about any other camera brand lol.