Ryno: Bike Of The Now 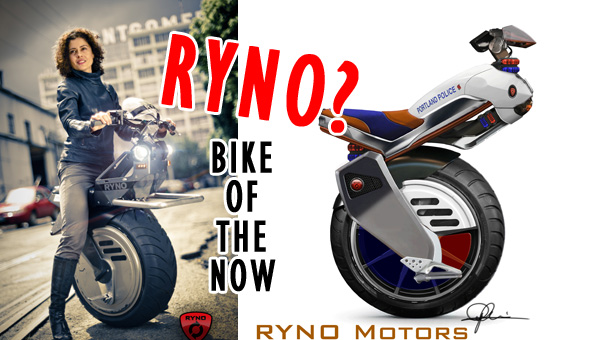 Ryno is a single wheeled vehicle closely resembling a motorcycle. The is not actually a bike since the letters “b-i” in the word “bike” means “two”; as in 2 wheels. Surely they considered calling it something with “Uni” in it,  like “unicycle, but I don’t think anyone would want it, LOL… Branding is so important. I’m glad they went with “Ryno” instead. Their direct competitor is obviously the highly touted Segway which has gained large acceptance across the globe with it’s parallel 2 wheel platform. To the Ryno’s “new-kid-on-the-block” credit, it is 8 mph faster than the Segway at 20mph (and 9mph faster than the average human’s top speed of 11mph). The Segway slightly 1-ups the Ryno in travel distance, traveling 12-24 miles vs. the Ryno’s 20 miles.

Personally, I wouldn’t mind getting one of these beauties, it’s fast and it looks awesome!