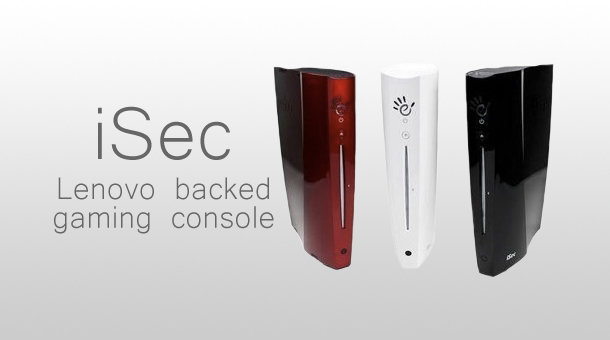 Personally, I’d say the answer is a resounding NO! Gamers pockets are already stretched out as it is, but we have seen crazier things in the past. Historically speaking, there seemed to only have room for 2 consoles, then eventually 3. Remember when Playstation hit the scene along with the Xbox; Sega Dreamcast took a nose dive leading everyone to believe history will repeat itself again. Only this time the newcomer won’t push any of the 3 established brands out the lime light.

Microsoft will sell MS Excel before giving up on the Xbox, Sony would do the same to Sonic if necessary, and Nintendo would fire Mario as their resident plumber before kicking the game console bucket!

What’s this new console anyway? The “iSec” (previously named “eBox”). The iSec (made by a Beijing company; and funded by Lenovo) is China’s answer to the absence/ban of the big 3 (Playstation 3, Wii, and XBox 360) within its borders… which is strange given that most digital household goods in the U.S. (including the XBox 360) is manufactured in China. They intend to sell the iSec ONLY in the China market; but will consider selling abroad if they sell 1 Million units. Which shouldn’t be difficult for obvious reasons… Like the enormous population of China. If only 2% of China bought the iSec they’d still do OK.

Why the Ban you ask?

“Dedicated video game systems are technically illegal in China under a Ministry of Culture edict, but Lenovo is reportedly trying to get around that restriction by marketing the unit as a “Home Entertainment System.” So it appears that the iSec already has an identity problem lol.

I’ll stake my XBox 720/Next Box on it that the iSec will sell miserably in North America, Europe, Japan, and any other market you can think of… except in China of course, where there’s no competition for the iSec.

Other News: Lenovo-backed Game Console for China Hit by Delays